NO, VACCINATION DOES NOT LEAD TO MORE LETHAL VARIANTS: THE MULTIPLICATION OF VARIANTS IS CAUSED BY THE ABUNDANT CIRCULATION OF THE CORONAVIRUS, NOT BY VACCINATION. BECAUSE VACCINES HELP STOP THE EPIDEMIC, THEY ALSO SLOW DOWN THE EMERGENCE OF NEW FORMS OF THE VIRUS.

“Covid-19 vaccines are the main cause of the new deadly variants”, this theory has been taken up for months by many Antivaxxers and critics of the management of the health crisis. But what is it really?

Two phenomena are responsible for the proliferation of variants. The first is mutations. When the virus infects the cells of the organism, it replicates, that is, it multiplies. It gives birth to copies of its genome, but in copying its genetic code in a new host, it sometimes makes mistakes. These mutations are all the more numerous as the virus circulates abundantly within the population. Anything that can reduce the intense circulation of a virus is likely to reduce the appearance of variants. And not the other way around.

WHAT DO VACCINES REALLY DO?

As explained in World Health Organisation WHO’s Vaccines Explained series: Vaccines contain weakened or inactive parts of a particular organism (antigen) that trigger an immune response within the body. Newer vaccines contain the blueprint for producing antigens rather than the antigen itself. Regardless of whether the vaccine is made up of the antigen itself or the blueprint so that the body will produce the antigen, this weakened version will not cause the disease in the person receiving the vaccine, but it will prompt their immune system to respond much as it would have on its first reaction to the actual pathogen. Some vaccines require multiple doses, given weeks or months apart. This is sometimes needed to allow for the production of long-lived antibodies and the development of memory cells. In this way, the body is trained to fight the specific disease-causing organism, building up the memory of the pathogen so as to rapidly fight it if and when exposed in the future.

The reality is, new variants will constantly emerge, and with the continuous surveillance systems, they will be quickly picked up. Many of these new variants fizzle out – including some of those previously considered deadly. Unless the new Omicron variant is transmissible enough to outcompete the Delta variant, it may similarly disappear.

Even if scientists “cannot eliminate the possibility of having a highly transmissible variant that spreads and can resist vaccines”, Daniel Floret wants to be reassuring in the same interview with Franceinfo: “We will always be able to make vaccines against this variant (…) The advantage of messenger RNA vaccines is that it is easy to prepare new ones very quickly”, underlines the vaccinologist. This scenario echoes that of the seasonal flu vaccine, whose vaccine formula changes every year.

This blog is partly based on the New York Times article “How to Read a Coronavirus Study, or Any Science Paper”. The original text has been supplemented in some places… 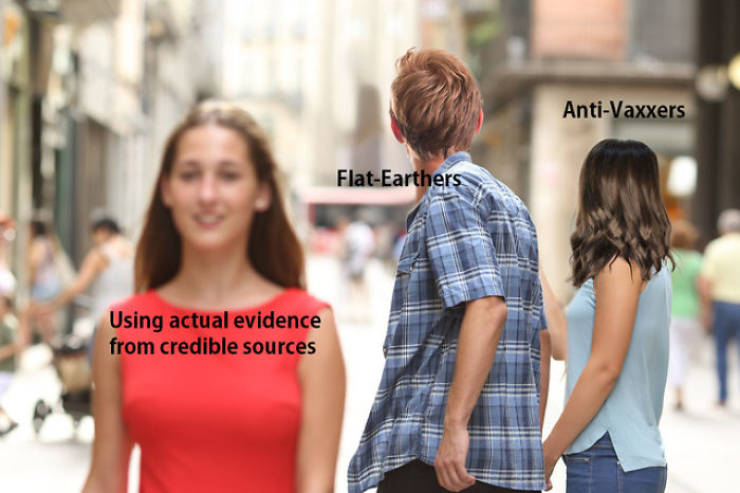 Multiple recent studies suggest that anti-vaccination campaigns within social media and by some alternative system medical practitioners, including naturopaths and homeopaths, are a major reason behind vaccine hesitancy. These campaigns…