The author has just started a discussion on Twitter about the different roles of science and politics in dealing with crises (in the specific case of the climate crisis). The original tweet by climate researcher Prof. Knutti with the subsequent discussion can be found here.

Science is supposed to create knowledge, politics is supposed to decide. This separation does justice neither to the Corona crisis nor to climate change. Research must also show the consequences.

Someone replied to Prof. Knutti “I did not elect you Mr Knutti. That is why you do not have any political decision-making competence. The same goes for Mr. Althaus and any other scientists who would like to have more power”, to which the author sarcastically replied “Exactly! Was there actually a referendum on whether the sun rises in the east or the west? If not, what kind of undemocratic posturing is this from scientists who reckon it rises in the east? They must be communists!!!”.

This was to point out that there are things that cannot be decided by politics or referendums, and that we are better off going by these facts rather than thinking that politics has any influence on them.

Someone else responded with “Maybe read this. It was written by a Green (politician), after all…”

Those who (like the author of these lines) consider climate change to be a central challenge of the coming decades refer to the findings of climate research. How could it be otherwise? Climate knowledge is based on interdisciplinary research and complex model calculations. Interested laypeople have little choice but to orient themselves to the overwhelming majority consensus of the scientific community. But if we have to abide by science anyway, it is tempting to elevate it to the supreme authority that dictates what is to be done. Politics is then only the enforcer of what science prescribes.

“You can’t negotiate with the climate” is a popular belief of the green community. In other words: climate change is above democracy. The findings of climate research determine what parliaments, governments and citizens must and must not do. The economic constraint is replaced by the constraint of ecology. This would amount to the abolition of politics as a sphere of public argumentation, of the dispute between diverging interests and the weighing of competing values. Climate scientists and environmental activists alike should be wary of such ecological absolutism. Scientists can point out risks, sound the alarm and make recommendations for action. But climate research can neither claim absoluteness over other scientific disciplines, nor should it set itself up as the guardian of politics.

Besides, even for environmentalists, the prevailing doctrine is by no means the highest commandment in all cases. They refer to the scientific majority consensus only insofar as it promotes their own agenda. Thus, the fundamental opposition to the genetic modification of crops sovereignly ignores the vote of the scientific mainstream. That is not a judgement of right and wrong. The history of science is full of examples of how new findings had to assert themselves as outsider positions against the established majority opinion. In this respect, appealing to the academic majority is no guarantee for the validity of a particular position. Appealing to “science” is not a valid argument in the debate about political priorities and strategies.

Now, it is a mystery to this writer what the reference to a Green (politician) as the author of that text is supposed to say, but let us just disregard this and concentrate on the question of whether politics has to listen to science and whether this would then amount to the “abolition of politics as a sphere of public argumentation”.

Prof. Knutti’s first sentence should hardly give rise to any objections. The criticism probably relates more to the statement “Research must also show the consequences.” And to this then fits “But if we have to abide by science anyway, the temptation is obvious to elevate it to the supreme authority that dictates what is to be done. Politics is then only the executor of what science prescribes.”

Does science dictate anything to politics at all? And can it do so at all? – If you follow the communication of the (Swiss) COVID-19 task force and the climate researchers, you will indeed find insistent appeals to politicians about what they should or should not do (so that scenario xy does not occur), but the country in which politicians would be forced to act on the recommendations of science would have to be on another planet, because there is no such thing on this planet Earth. Here there are only countries with governments that are more or less guided by recommendations (and appeals) from scientists, but not a single one where scientists can dictate anything to politicians. So the statement “what science prescribes” is clearly refuted.

Could “prescribes” possibly mean something else? Is there an authority associated with scientists that policymakers should indeed listen to? An instance that effectively dictates to people (not just politicians) what they may and may not do?

The earth rotates so that the sun always rises in the east. No matter what politics decides, and even if a “Party For Sunrise In The West” would find a majority in parliament, the sun will always rise in the east. Likewise, CO2 in the atmosphere retains heat radiation and thus acts as a greenhouse gas, which means that for an increase of x ppm, the average global temperature rises by y ppm.

If a researcher now says “If we want to prevent with a probability of 66% that the global average temperature rises by more than 1.5 degrees (with respect to the average global surface temperature), then we humans must emit a maximum of 420 gigatonnes of CO2. To comply with the Paris climate agreement, Germany, for example, would have to reduce its emissions linearly by 6% every year and achieve zero emissions by 2036”, then this is just pointing out mechanisms that apply due to natural laws. If this, then that…

In the debate about the role of science in crisis management, it is therefore imperative to distinguish between (often arbitrary) prescriptions by humans and (supposed or perceived) “prescriptions” based on natural laws and unalterable facts. Those who confuse this can easily come to think that scientists want to prescribe policy (or limit our individual freedom), but this perception is wrong.

Scientists merely point to natural laws and unalterable facts and the resulting consequences of certain actions. What they are saying they have neither invented nor can they arbitrarily change it. Their references to the consequences of certain actions are not only legitimate but indispensable, because politics must know these facts and their consequences so that it does not make decisions based on political wishful thinking that would lead to undesirable results in reality.

We can see what denial of reality in politics leads to in the examples of global warming and the COVID-19 pandemic, but also in issues such as old-age provision, which ignores demographic trends and acts as if it could fulfil every wish of every interest group.

So, the first mistake in the text above is to confuse message and messenger.

The second mistake is to think that acknowledging unalterable realities is “abolishing politics as a sphere of public argument”. This is nonsense. Once one has acknowledged that, for example, exceeding the CO2 budget will raise the average global temperature by more than 1.5 degrees, one can still discuss whether or not one wants to accept and live with that. But at least this is a discussion that does not disregard reality.

This does not make it any less legitimate. On the contrary, because it is now legitimised by facts. The same is true in the pandemic. Anyone who acknowledges that the failure to take certain measures will lead to x-thousands of deaths can have an honest debate on values about whether or not to accept this. On the other hand, it is illegitimate to claim that not taking protective measures has no negative consequences.

The third mistake is in the last three sentences: “The history of science is full of examples of how new findings had to assert themselves as outsider positions against the established majority opinion. In this respect, appealing to the academic majority is no guarantee for the validity of a certain position. Appealing to “science” is not a valid argument in the debate about political priorities and strategies.

Anyone who thinks like this opens the door to arbitrariness and thus equates decisions based on scientific knowledge with decisions based on a random generator or the advice of astrologers and magicians. It is precisely a seal of quality that science continues to develop and that new findings lead to changes of opinion and new theories. This is what distinguishes science from ideologies, medieval superstitions and conspiracy myths.

We have already explained how this quality control works in an earlier blog article here. In short, there is no better basis for decision-making than facts and findings that have been verified using scientific methodology. Those who ignore this may as well roll the dice. In this context, the writer would be interested to know what number he would have to roll in order to simply abolish pandemics and climate change.

Peter Metzinger is a physicist. He did his diploma thesis in ozone hole research at the Max Planck Institute for Nuclear Physics in Heidelberg, as part of the research published here on the nitric acid content of the polar stratosphere as a function of the temperatures there. Since then, he has devoted a considerable amount of his time to solving environmental problems and building a sustainable economy.

Prorussian Internet trolls manipulate the comment sections of Western media, according to a study conducted by Cardiff University. These comments are then used to suggest alleged public support for the… 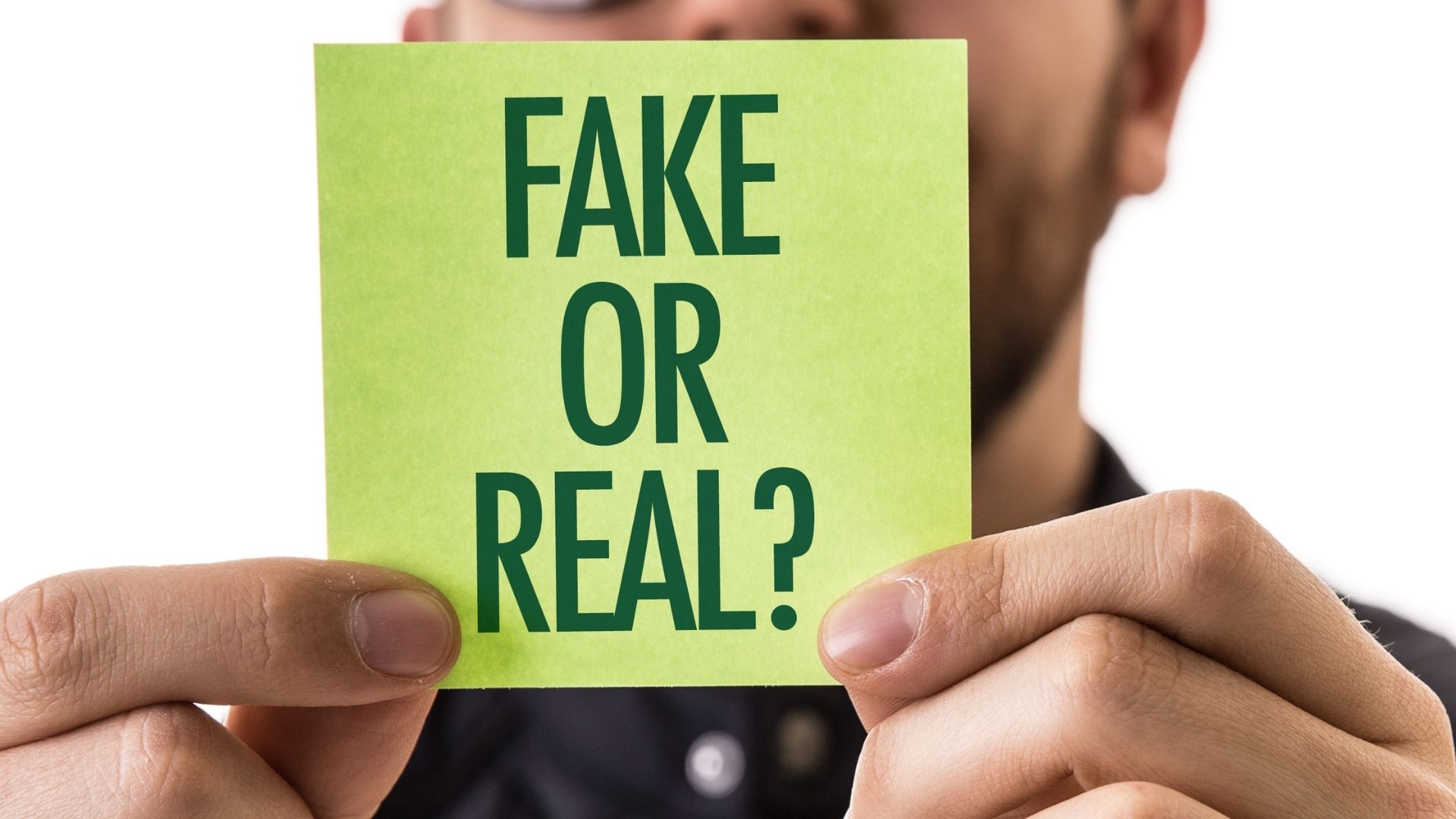